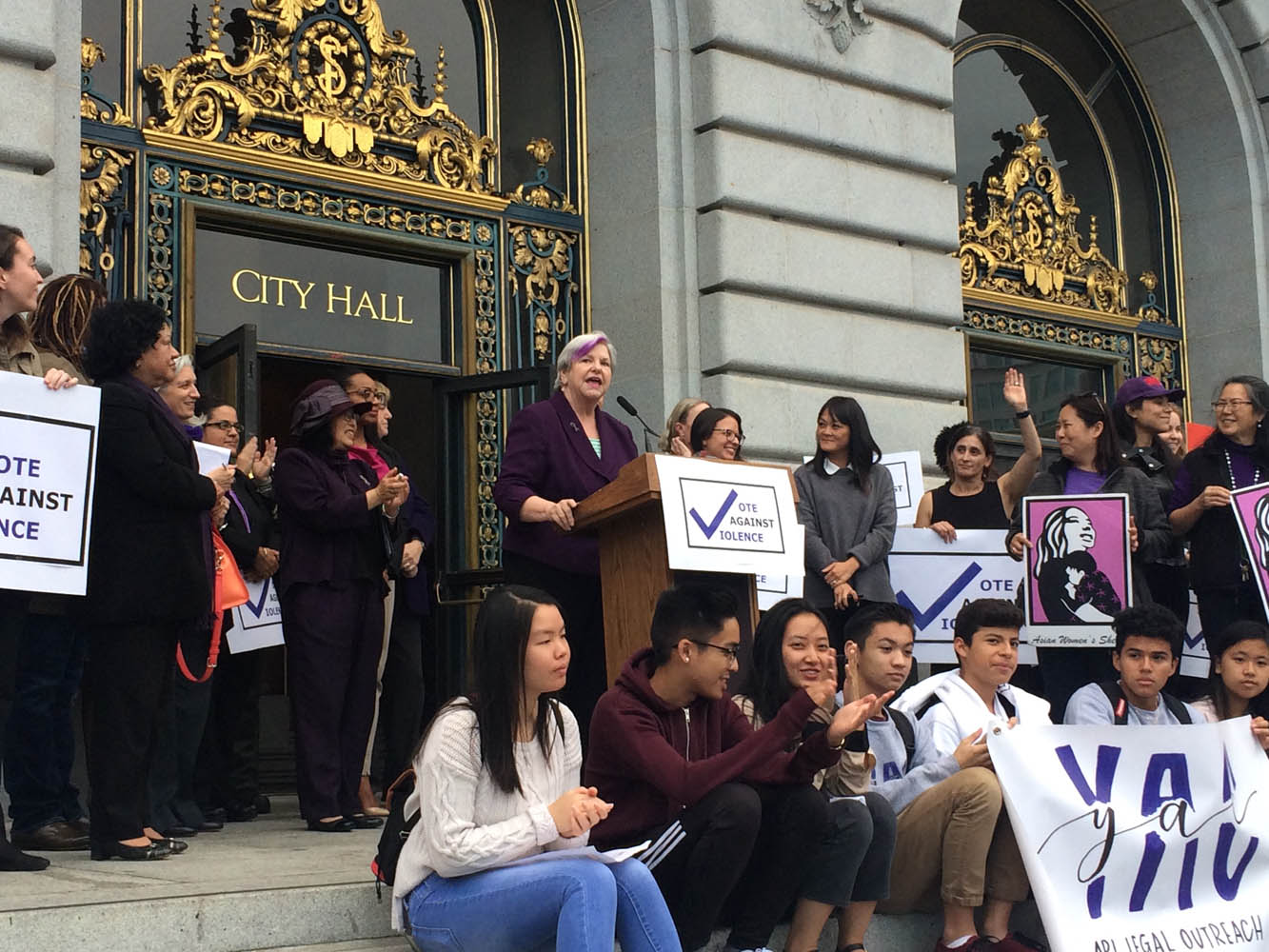 NCJW helped draft and pass the Violence Against Women Act (VAWA), the first major law passed to end domestic violence, sexual assault, and other kinds of intimate partner violence. But the promise of VAWA has yet to be fulfilled. Dating partners are without protections afforded to other current or former intimate partners, including access to protective orders and protection from gun violence. Though stalking is a crime according to the federal government, the classification varies state to state, leaving victims vulnerable. Sexual violence, including sexual harassment and sexual assault, continues to be a pervasive problem on college campuses and in the US military.

NCJW San Francisco works with partners from government and non-profit sector to place fighting violence against women on the public and Jewish community agendas. In implementing our related programs, we collaborate with the San Francisco Department on the Status of Women, International Alliance of Women, Domestic Violence Consortium, Shalom Bayit, Alliance for Girls and other U.S. and international organizations.

In recognition of our continued leadership in fighting domestic violence, in 2010, Shalom Bayit presented NCJW San Francisco with the Changing Lives Award.

Join us to become a force in the fight for life free of violence and harassment!

We joined the San Francisco Domestic Violence Consortium (DVC) with allies from government and non-profit agencies to kick off a month-long campaign for awareness raising and prevention. The San Francisco District Attorney, George Gascon shared the priorities of his office in fighting domestic violence. Inspiring presentations also delivered DVC’s Executive Director,  Beverly Upton, and Commissioner Andrea Shorter. We are so proud of being a part of a powerful anti-violence coalition!

Shalom Bayit Staff Educator Zephira Derblich-Milea, winner of the 2012 Helen Diller Award for Excellence in Jewish Education, presented a workshop on cultivating healthy relationships, identifying bottom line aspects (what we must and must not have) in our personal, community, and professional relationships.

Shalom Bayit recognized NCJW SF at their Creating Hope benefit luncheon with the Changing Lives award for their work to place domestic violence on the public agenda of Jewish concern.

NCJW has taken a strong public stance to break the silence about abuse in Jewish homes.